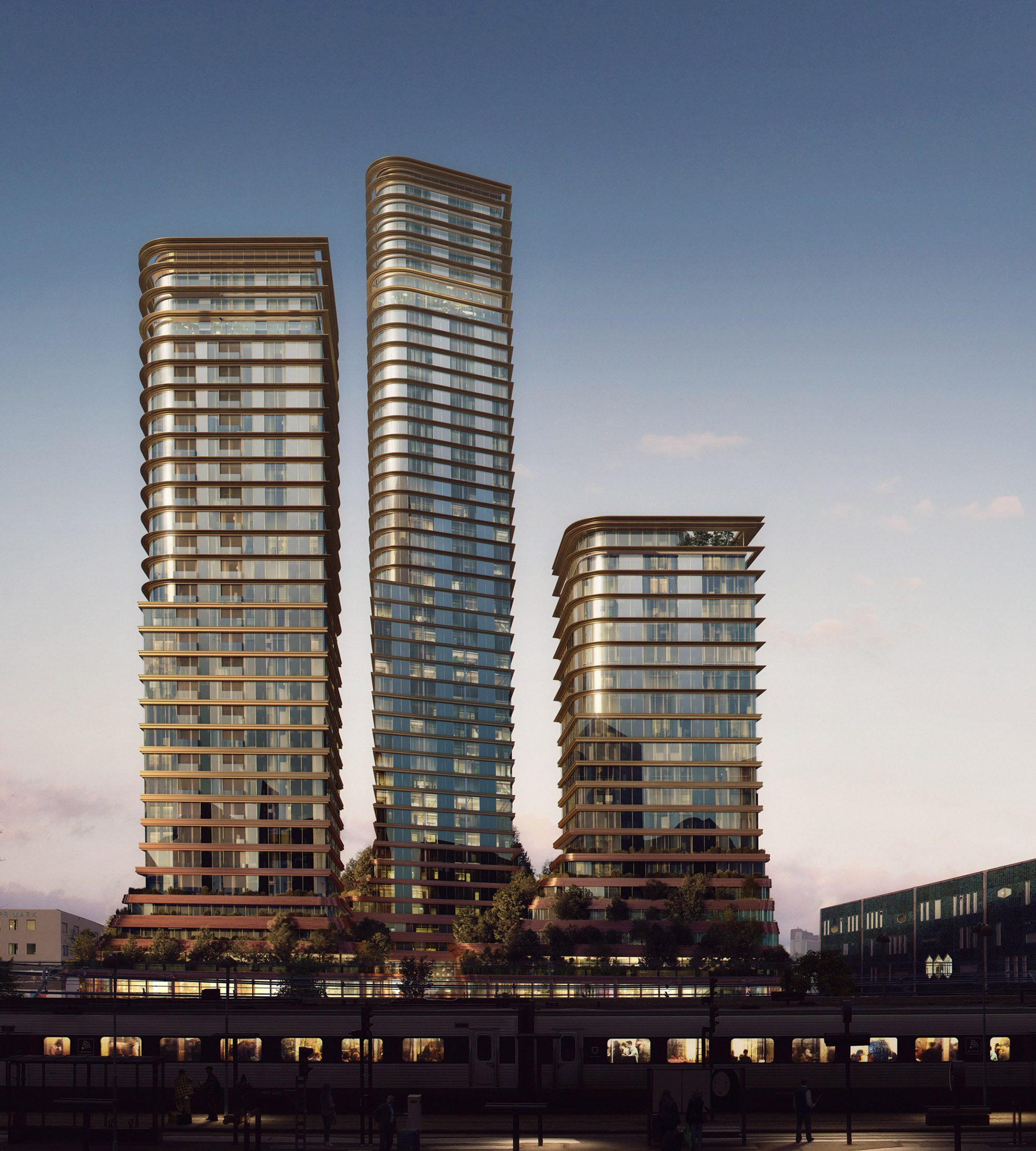 Powerhouse Company, in collaboration with landscape architect ZUS and developer Amvest, won DISTRICT E Stationsplein Eindhoven. An invited competition for a 70,000 m2 mixed use building right next to the central station of Eindhoven. In Powerhouse Company’s winning design, three slender towers fan out to generous plinths. The complex combines a varied residential program with an array of (semi-)public amenities ranging from hotel to work/meeting spaces, a student study centre, shops, restaurants and exhibition spaces.
DISTRICT E is an ensemble of three mixed use towers that form a new city plaza. From an urban point of view, the ensemble strikes a balance between the fine 17th century tissue of the old Eindhoven centre to the south and the 20th century, large-scale buildings lining the railway. From the fully public and richly programmed plinth, terraced setbacks gently introduce three slender towers. The design ensures that the Eindhoven station, a national monument, is honoured by giving it space and relating to its scale. An essential and defining gesture in the design is the diagonal axis that visually connects the station and the ‘Philipstoren’, a monument and symbol of Eindhoven’s industrial and technological heritage. This axis cuts through the ensemble and in-so-doing linking the station’s square, the new city plaza and the ’18 September’ square like a set of beads on a thread.
Equally, from an conceptual point of view the ensemble of towers create a dynamic and iconic silhouette that represents of Eindhoven as ‘Brainport’ and capital of the ‘Smartest Region in the World’. All this without forgetting to absorb and embrace the Eindhoven city life.
The flexible construction and installation technology of District E anticipates the future growth of Eindhoven as a sustainable, innovative and economic hotspot. The seamless integration of architecture and landscape design guarantees a new public space filled with activity and a wide spectrum of green spaces.

Our first collaboartion with Powerhouse payed dues. Champagne for everyone!