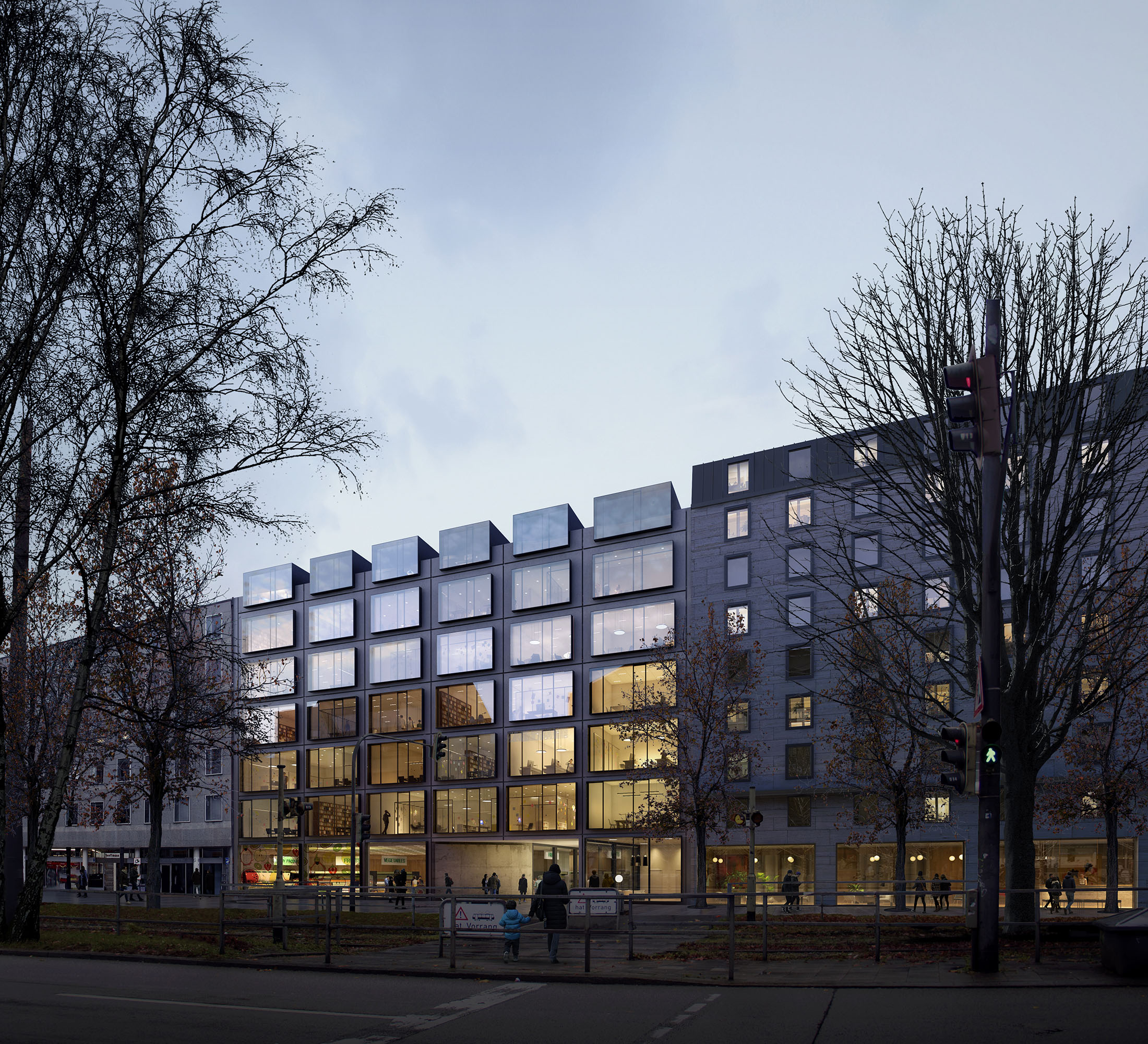 We produced this image for Henn as part of a competition for and office building in Sonnenstrasse, München.

We wanted to enhance the powerful gesture of the clear grid, by making the positive and negative areas be extremely contrasted. In order to get that effect we thought in a dusk situation; this way we’ll have the bright interior in opposition to the dark façade. An early dusk was the best choice as the sky will remain still really bright and its reflection over the glass façade will enhance the grid contrast as well. As it was a really consolidated area of the city, we tried to work as much as possible with matte painting to make the view look natural.