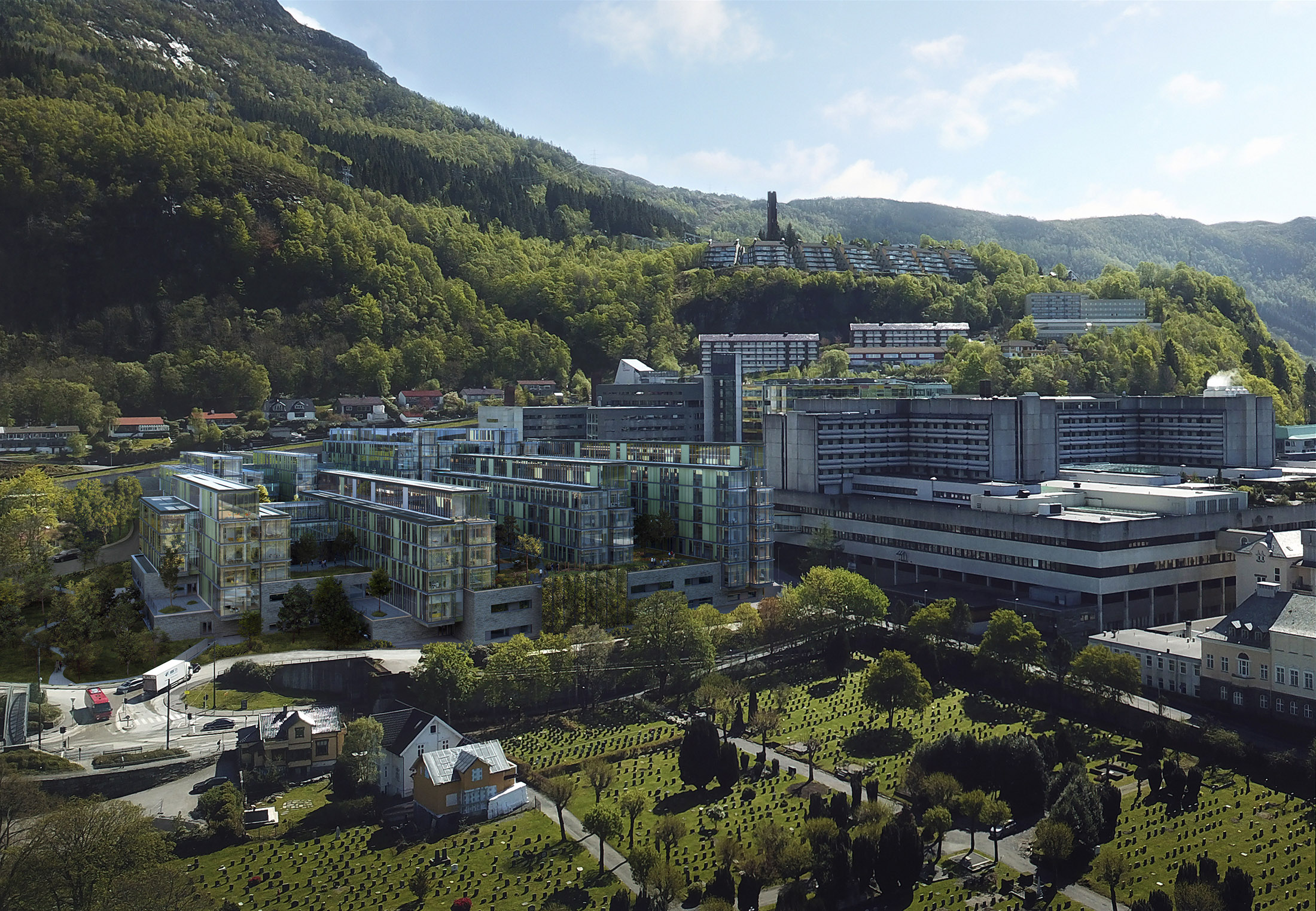 This is an Aerial view we developed for the Danish studio KHR Architecture. This interesting project is the new Child and Youth Hospital of Bergen. The heavy slate base and the light glass keys façade functions as the link between the mountain and the city.

The building is placed on an incredible beautiful environment, so when we received this nice photo with such expressive and strong light on it, we knew the view will work perfectly. We were facing the fact that, due to light angle, almost all the building will be casting shadow over itself. But having in mind that the design of the building was so opened and light in the upper volumes, it never represented a problem. The green opaque keys of the façade also helped with the general tone and the color balance of the view.