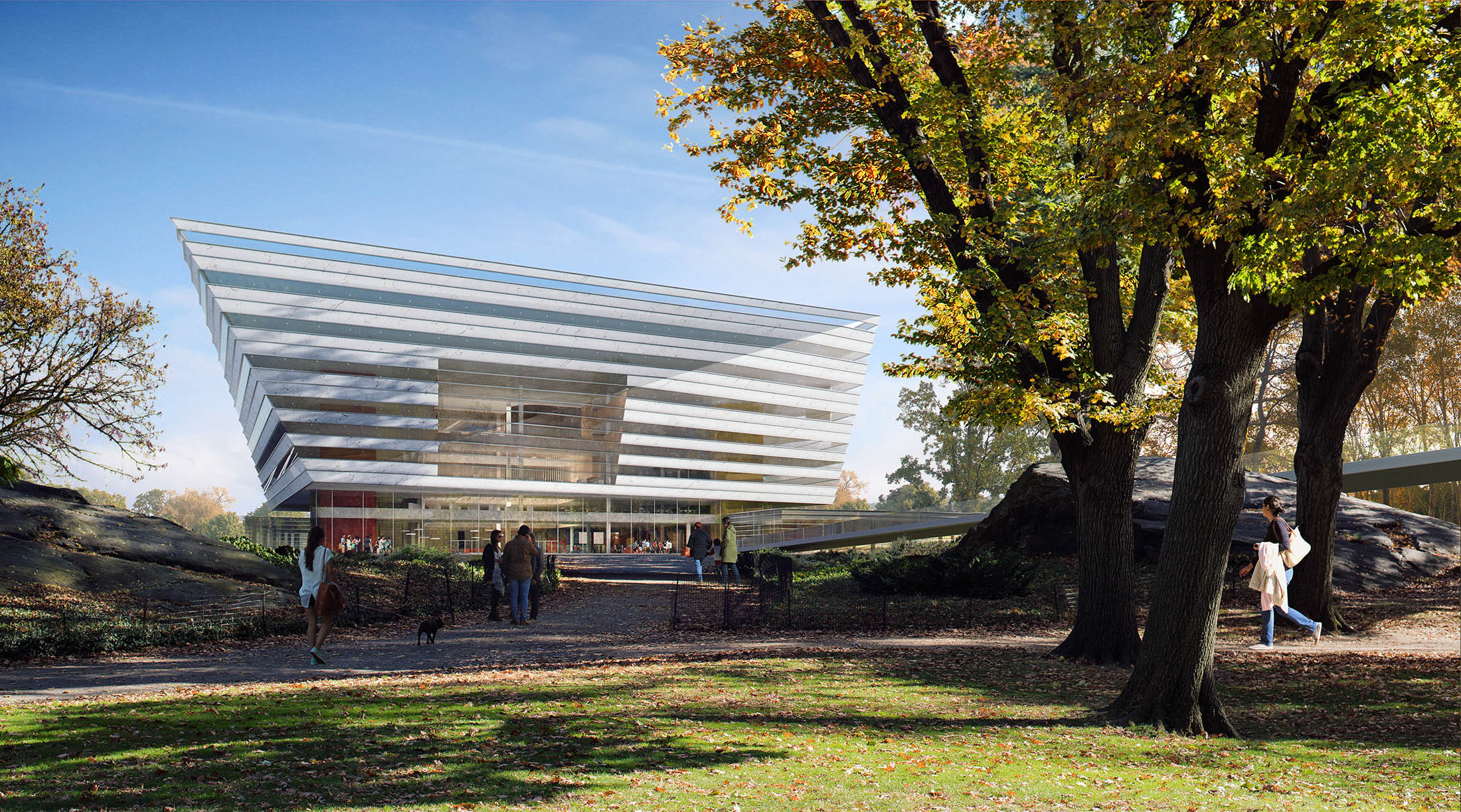 It is being positively an interesting year for Schmidt Hammer Lassen in China (and in addition for us).
They have managed to win really impressive competitions there and this Shanghai Library is no exception.
Their proposal saw off competition from Kengo Kuma, David Chipperfield and Dominque Perrault to win the prestigious commission after a 6 month two stage process.
We guess that we do “our magic” best when the communication is simple and we feel trusted about the art direction we suggest.
Thanks all the Shanghai Crew out there for the trust and the creative freedom you provided us with. For sure we´ll win some more this next year eventually. 🙂
The new 110,000 m² Shanghai Library will be located in Pudong District – the area of the city known for its iconic skyline, and will sit immediately next to Century Park –the largest park in the city spread over 140 hectares. The project is conceived as a singular monolithic object floating above the tree canopy within the park. The main library volume floats above two pavilions that will house a 1200 seat performance venue, exhibition and events space and a dedicated children’s library, that will all open up towards a series of landscaped courtyards and gardens.
Shanghai is currently the most populous city in the world with nearly 25 million inhabitants, and has a central library system that dates back to 1847.
The library volume is carved and twisted to reflect the surrounding park and sky, and continuously clad in a facade of clear, insulated and fritted glass. The glass panels are arranged in horizontal bands that are angled to minimise solar glare in addition to horizontal louvres – allowing unobstructed panoramic views to the park and city beyond.
The library itself is organised around a grand central atrium in the form of three staggered reading rooms that open up and connect to various parts of the library and various contextual parts of the city from Century Park to the east, a new library park to the south and the city to the north and west.