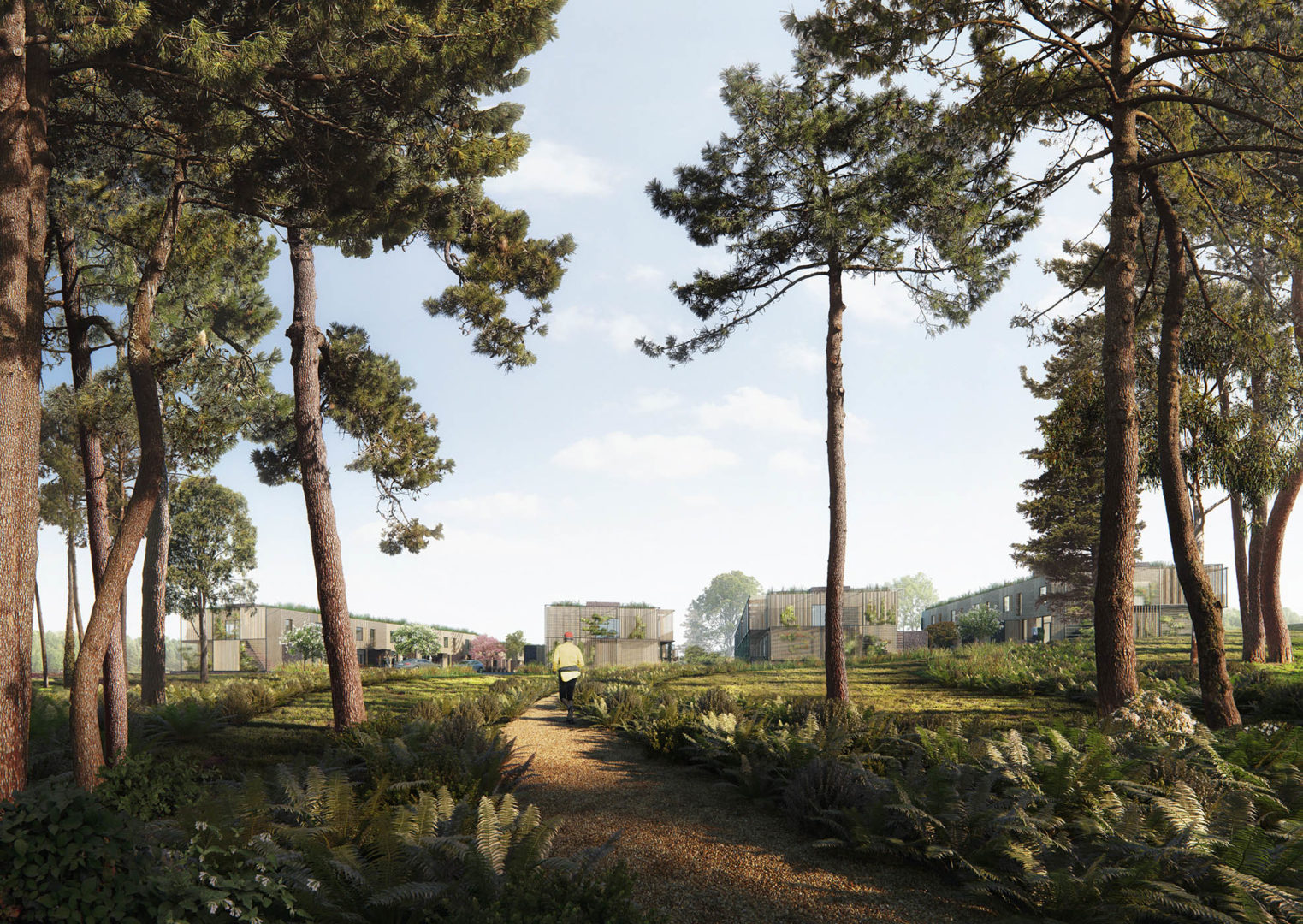 White Arkitekter’s Copenhagen studio has won a social housing competition in Alleroed. Located north of the Danish capital and bordered by woods and a lake, the new neighbourhood invites nature to flow between the buildings and their interiors. The project challenges stereotypes about affordable housing while dissolving conventional boundaries between public and private space.
“There is an unfortunate stigma attached to social housing; they are grey, static, generic, colossal buildings surrounded by parking lots, empty lawns and concrete. For us, it was important to have none of that, so we decided to let nature lead the way. Nature is dynamic and resilient – just like we want our neighbourhood to be,” said Morten Vedelsbøl, Creative Director at White in Copenhagen.
Unlike traditional social housing developments, there is not an abrupt cut between public and private. Nature gradually transitions into the five rows of housing as comes into the interiors, inviting residents outside to socialise in the common areas.
“You need to be able to see that people live here”, Vedelsbøl adds.
‘By the Woods’ consists of 115 mixed-sized row houses of two, three or four rooms. Situated in harmony with the hilly terrain, the houses resemble roots on the forest floor and the neighbourhood is built with, rather than against, the uneven landscape. The buildings are clad in sustainable wood siding on both exterior facades and the interior walls. The spaces between the structures as well as rooftops have a varied and lush nature.
The development is both private and open. Individual terraces are sheltered on the sides allowing residents to move their living rooms, garden furniture or planting beds outside. However, the neighbourhood is designed to be fence-free as private areas are less excluding with less static boundaries – a clear departure from typical row house planning.

These guys did it again! White Arkitekter’s Copenhagen studio has won a competition to design 115 individual homes in Alleroed. Nice and easy workflow as usual. Congratz Guys!